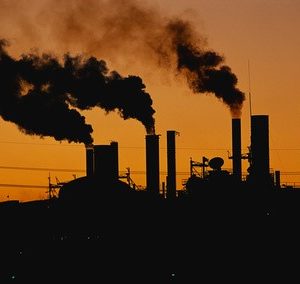 On his last day in office in 1961, President Dwight Eisenhower made a speech in which he warned the nation about the rising influence of what he called the “military-industrial complex.”

As America’s top general in World War II and then as president, Eisenhower had seen firsthand how U.S. industrial manufacturing firms had turned our country into the most technologically advanced military power in the history of the world—helping to defeat totalitarianism and create a safer, more democratic world.

But it was a two-edged sword. The companies that had made our country strong also had their own self-interest to stay (and grow) in business. To do that, they needed America and the rest of the world to keep buying more and more weapons, which could ultimately lead the U.S. away from democracy.

Eisenhower warned that it was important to strike a balance between security and liberty: “We must guard against the acquisition of unwarranted influence. … The potential for the disastrous rise of misplaced power exists and will persist.”

Arms manufacturers had helped make the world a better place, but they also had the potential to make the world a much worse place if left to their own profit-driven devices. President Eisenhower felt so strongly about this issue that he made it his final message to America after a lifetime of public service.

The many industrial complexes

The military weapons industry certainly has the potential to both help and harm, but it isn’t the only one.

The food industry has helped to feed millions of people, but it also has the potential for harm. The proliferation of fast food has led to a population that is well fed but unhealthy. And there are fears that advanced food technologies like chemical additives and genetic modification are creating health and environmental dangers.

Likewise, the medical technology and pharmaceutical industries have created machines and drugs to eliminate and cure a wide variety of medical diseases and disorders. But the skyrocketing financial costs of these treatments have put a strain on the finances of government programs, insurance companies and average Americans.

A new member of the club

I believe the online marketing world has also reached this point—that it’s doing as much (or more) harm as good. It has become a marketing industrial complex—concerned mostly about its own welfare no matter the cost to the rest of society.

From the largest online marketing platform companies like Google and Facebook to tool providers like HubSpot and Constant Contact to smaller agencies and marketing consultants in every town across America, the firms that are part of the marketing industrial complex are increasingly concerned more with finding ways to sell additional marketing products and services than whether those products and services are really helping anyone.

One of my favorite books in recent years is “Disrupted” by Dan Lyons. Lyons is a former technology editor for Newsweek who went to work at HubSpot as the company was trying to position itself for its IPO. Lyons saw HubSpot from the inside and documented how the company was really just a slickly packaged boiler-room sales operation hiding behind a happy, “we’re changing the world” façade.

And it’s not just national firms like HubSpot that are taking advantage of unsuspecting business owners with a slick pitch these days. There are local agencies and consultants who are hawking the supposed magic elixir of online marketing anywhere business owners gather.

As marketing firms grow in power and prestige in our modern world, we would do well to reflect back on Dwight Eisenhower’s own words and consider how relevant they might be for today’s marketing industrial complex: “We must guard against the acquisition of unwarranted influence. … The potential for the disastrous rise of misplaced power exists and will persist.”