Are you treating your best customers (and prospects) like they’re your worst? 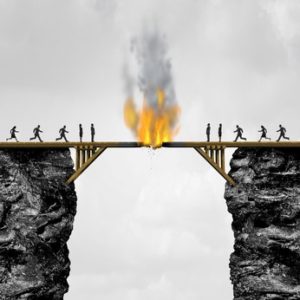 My dentist (let’s call him Dr. Smith) has a business problem. Some of his customers forget their appointments. They don’t show up and they don’t tell him they’re not coming, so he has open spots on his schedule. When those “no shows” happen, he’s losing money. It’s a legitimate problem and, of course, he wants to solve it. The problem is that the way he’s solving it creates other problems. And his situation provides a lesson to owners of businesses in any industry.

Dr. Smith has been sold an automation system as a solution to his “no show” problem. That system sends reminder messages to people when they have an appointment. It sends emails and texts. Of course, the messages start when I first book my next appointment. Then, I get more messages as my appointment approaches on the calendar. And the messages ask me to prove that I received them and that I’m still coming with requests that I “click here to confirm that you received this message and you still plan to come to your appointment.” I get messages like this a month out, a week out and the day before. And they really make me mad.

Why am I getting treated this way?

I’m sure that this automated messaging system has reduced no-shows for Dr. Smith and on his end, things look like a big success. But what he doesn’t see is how irritating these messages are on my end. In order to solve a problem with his least reliable customers, he’s treating all of his customers like they’re part of the problem. It’s like when we were all in school and one person acted out and the teacher punished the whole class.

Every time I receive one of Dr. Smith’s messages, it makes me feel like he doesn’t know me as an individual person. I always think, “Why do they keep sending these to me; they know I’ve never missed an appointment.” I’m one of his best customers. And when I’m there in person for my appointment, he treats me warmly. But for six months in between every appointment, he treats me like he doesn’t know me and might not even want me as a customer if I don’t get my irresponsible act together.

Dr. Smith’s automation system has solved his problem with his worst customers but it’s caused him to treat ALL of his customers like they’re one of his worst. He’s breaking rapport with his best customers to try to fix the worst ones. Luckily for him, he is able to make up for it when I’m in the chair every six months, but only barely. I often wonder how many other customers he might have lost without ever knowing it—losing some of his “best” customers by focusing on fixing his “worst” customers.

And Dr. Smith isn’t alone. We see businesses in every industry make this same mistake every day.

Are you doing it, too?

You’re probably not a dentist worried about no-show appointments. But, are you doing similar things in your own business that damages your best relationships because you treat them just like they’re your worst?

Let’s start with the ubiquitous email newsletter. Do you have one? If so, you probably bought a list of email addresses for prospects to send it to. Or, at the very least, you look for every chance to add someone to your distribution list. Current customers? Past customers? Business cards collected at a conference? Someone connected with you on LinkedIn? They all get dumped into the email newsletter list.

Think about it: This means you’re treating your best relationships (current customers, past customers, etc.) just the same as you’re treating complete strangers you bought on a list. You’re sending both kinds of people the same, generic, talk-about-yourself content. It may not be as in-your-face as Dr. Smith’s “click on this to tell us you’re still coming” text, but you ARE still treating your best relationships like they’re someone you don’t know personally and don’t value any more than some anonymous name from a bulk mail list.

That’s just one example, but we regularly see businesses focus only on the efficiency of using communication automation tools while forgetting about how they are making the person on the other end feel. If your business is built on nurturing long-term, personalized relationships, think about how you might unwittingly be damaging the relationships that are the foundation of your current and future success.