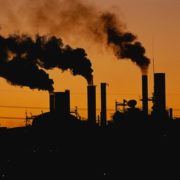 On his last day in office in 1961, President Dwight Eisenhower made a speech in which he warned the nation about the rising influence of what he called the “military-industrial complex.” As America’s top general in World War II and then as president, Eisenhower had seen firsthand how U.S. industrial manufacturing firms had turned our… END_OF_DOCUMENT_TOKEN_TO_BE_REPLACED