Are you missing the signs of interest from potential clients? 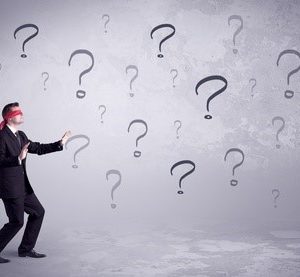 It’s a standard scene from many a Hollywood TV show or movie: the clueless guy who doesn’t recognize the signs that the cute girl across the room is attracted to him.  Luckily, in the movies, our clueless protagonist usually has a best buddy who alerts him to the fact that he’s missing all the signs.

Unfortunately, I see CEOs all the time who are the business version of the clueless guy.  They are missing the signs that potential customers are interested in building a relationship with them—because they are so focused on their automated marketing program that they can’t see the human relationships that are right in front of them.  To illustrate, let me share a real example that happened to me recently when I was interested in potentially becoming someone’s customer.

The CEO in question (we’ll call him Ted) leads a consulting firm and every so often, he hosts lunch-and-learn events where he shares insights on a topic of interest to business owners.  I’ve always heard good things about Ted’s company and was thinking that I might want to hire them to help with some expansion work we were considering.

One day, I got an email invitation from Ted for one of his lunch events.  The invitation came from Ted (from his individual email address) but I could tell that it was sent using some automated email program that would track whether I opened it or clicked on anything.  Still, the company went to the trouble of having it come from Ted, so they obviously knew that his name would carry some weight.  And the message was written in first person (“I’d love to have you join me for a special lunch event…”), so even though it was an automated message, it felt as though Ted wanted to give the message a bit of a personal touch.

When I opened the message and then clicked on the “signup” link to RSVP for the lunch, I realized that the date in the invitation email was different than the date on the website, so there was some error. One of the dates was obviously incorrect.  Hey, human errors happen, but I thought this was a great opportunity to send a personal note back to Ted and make a connection with him.

One of the things we remind our clients of at Civilis Marketing is that relationships are built on an ongoing series of mutually beneficial interactions.  When you want to develop a relationship with someone, it’s important to find a way to look for opportunities to interact with them in some meaningful way that adds a bit more depth to the relationship.

Since Ted was someone I wanted to get to know better, the error in his lunch invitation was the perfect chance for me to interact with him.  I could move from being just a name on his email list to being a real person.  In my mind, I had a vision of us having a mutual “e-chuckle” over the error via email and then using it as small talk when we saw each other at the lunch event.  After all, Ted seemed to want to personally meet the people (including me) that he’d invited to the event since he’d written the invite in first person and sent it from his own individual email address.

Mistakes and errors are actually a very common opportunity to build rapport with other people.  We remind clients all the time that an error is a chance to show what you’re made of.  Of course, you can’t make mistakes all the time, but how you handle a mistake when it does happen shows a lot about your character.

So I hit reply on the invite and sent Ted a quick personal note: “Hey Ted, hope you are well!  I just got the invite below. I’m looking forward to coming to the event. I noticed that there’s a difference between the date in the invite and on the signup page, though. Don’t know which is the correct date, but let me know and I’m happy to sign up. I look forward to seeing you!”

How things progressed from this point, however, gave me a very different perspective about Ted.

For two days, nothing happened at all.  No response.  Then, I got an email from Ted’s marketing firm telling me that they had fixed the error on the sign up page and I could go ahead and register for the lunch event.  Nothing from Ted at all.

It’s important to remember that Ted and his company went out of their way to have the lunch invite written as a personal invitation from Ted and to have it come from his individual email account.  So you would think he would welcome a personal response from someone he sent it to.  But not only did Ted never respond to me (even to say thank for letting him know about the error), he shunted me off to his marketing firm like some sort of technical bug or customer service problem.

It showed me that Ted didn’t really want to engage with the people the lunch invites were sent to.  And it showed me that I didn’t want to use Ted’s company for any consulting work.

Don’t be a Ted

If your business is built on relationships, think about whether you are unwittingly doing things that damage the very relationships you rely on for your success.  Are you pretending to give away helpful information on your website that is really just a thinly-veiled come-on to get people to give you their email address?   Are you saying that you care about people but then ignoring messages from them?  Do you tell people who give you their business card at a conference that you’ll follow up with them, only to dump them into your automated email campaign?

In today’s world of digital marketing and communication tools, it is easy to get sucked into an automated program that seems efficient but really just alienates people by showing them that you don’t care about them as individuals.  It’s worth taking some time to make sure that you really are treating your important relationships in a way that deepens them and moves them forward instead of backwards.